I am sure you have all seen Caitlyn Jenner pictures by now. She looks very good and Jessica Lange has now some tough competition to deal with. 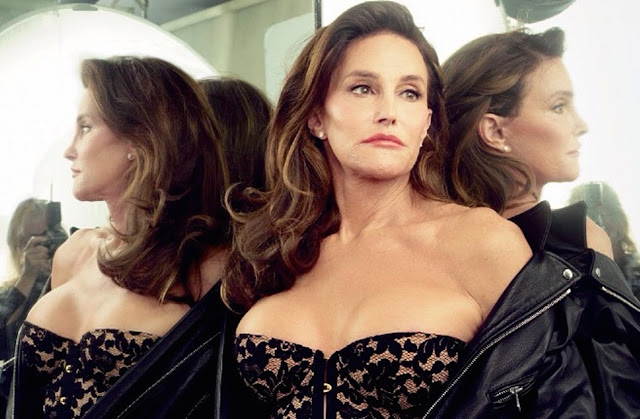 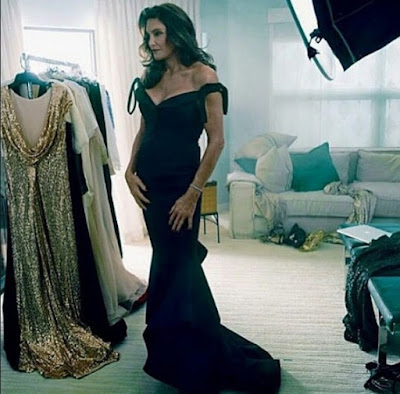 To be said that most of us are zeroing in on the way Caitlyn looks.
After her 10 hours surgery, after hair and make up, after Annie Leibovitz professionally draped her to capture her transformation results and after the good old airbrushing what we are left to contemplate is a very charming mature woman. A charming mature wealthy woman who could afford to look the part.
Nothing wrong with that at all.
Caitlyn finally is doing her own thing and no amount of K or C (or whatever the trending letter is) will tarnish her undeniably brave leap into freedom, honesty and self acceptance.

What I wonder is if we would have been as accepting of such individual if the transformation wouldn't have been as successful or as tastefully portrayed by Vanity Fair.
What I am asking is, are we comfortable with Caitlyn because we truly embrace the concept of self-freedom and being true to what is in our souls or are we so enthusiastic and well-disposed because "she is who she used to be" and because her looks are eye pleasing?

I am not sure about the answer I would give.

Caitlyn gained 1 million followers on Twitter in 4 hours establishing yet another world record at the tender age of 65. But are we sure that million (now almost two) really comprehend all the ins and outs of such delicate life transition? Or are they just amused and fascinated by how fabulously Cailtyn's reveal was packaged and executed?

I have seen few transgender women since I have moved to the States (in Italy we only have two of them, not kidding. One and two.), but the man-in-a-frock kind of look I find difficult to treat as a standard one.

There are many transgender individuals out there who have gone through the same process to become who they felt they were. Let me tell you that many of those brave people do not look or didn't have the means to look as good as Caitlyn or Laverne Cox for instance.
There are many transgender men that still do not pass for actual women and deal with that struggle on a daily basis. Female transitioning into male as well.
I am not saying that I am above this whole exterior appearance stuff. God forbid. I am only questioning if we are all becoming more open minded because of such examples like Caitlyn's or are we just fine with it because there is no trace of grotesque or unfinished exterior appearance?

Are we actually seeing what Caitlyn really represent in terms of social and human progress or are we just pleased with how comfortable her amazing looks makes us feel?

Sleep on that one.

Get your daily dose of Prima Donna via Email!

Catch up with your reading here!